Stroke play is a cumulative score competition where the golfer with the best overall score after the round(s) wins. In stroke play you are going up against the course and trying to out play your fellow competitors.

Match play is a hole-by-hole competition where the golfer who makes the best score on the individual hole wins that hole. The player who wins the most holes throughout the match is the winner. In match play you are going up against your opponent in head to head competition.

Scramble is the go-to format we use in our Community Golf Leagues.  It is also one of the most common tournament formats for golf associations, charity events, and corporate outing.  A Scramble tournament is often confused with a Best Ball Tournament. A Scramble Tournament can be played with 2, 3, or 4 person teams. Each player tees off on each hole. The best of the drives is used to determine the location for the second shot. Each player will play from this position. All players will hit again from this spot and the best shot will determine the location for the third shot.  This continues until the ball is in the hole.

Shamble is one of the most common tournament formats for golf associations, charity events, and corporate outing. A Shamble tournament is often confused with a Best Ball or a Scramble Tournament. A Shamble Tournament can be played with 2, 3, or 4 person teams. Each player tees off on each hole. The best of the drives is used to determine the location for the second shot And only this shot. Each player will play their own balls from that point on.

Alternate Shot can be played as stroke play or match play format. After the first player tees off, the second player hits the second shot, the next player hits the next shot, and so on until the ball is in the hole. Shots off of the Tee Box are also alternated so that the same player doesn’t hit every drive. There is obviously only one score recorded for the team. The game can either be played as match play or strokeplay. Alternate Shot is also called Foursomes when the game is played with 2 member teams.

Skins is one of the most common types of gambling game in golf. The concept is simple- if you win the hole, you win the money. If nobody wins the hole, the wager gets carried to the next hole. And if you win that next hole, then you win the carry over hole as well as the hole that you just won. And from this basic concept, you can add many different variations. For example, some players will say that you can only carry over 3 holes, others will say there are no carry over holes, some will even say that all carry overs are pushed to the 9th or the 18th hole. The variations are infinite.

This is a favorite playing format we use all the time in our member golf excursion events.  Everyone tees off and play a scramble off the tee.  Whoever hits the best shot, that is where everyone plays their second shot.  From that point forward, the remaining of the hole is played as a team scramble.  The teams are predetermined as 2 vs 2 or sometimes 3 vs 1.  Team with the lowest score on the hole wins the hole.

This is another favorite playing format we use all the time in our member golf excursion events.  Everyone tees off and play a scramble off the tee.  Whoever hits the best shot, that is where everyone plays their second shot.  From that point forward, everyone plays their own ball.  The teams are predetermined as 2 vs 2 or sometimes 3 vs 1.  The player with the lowest score on the hole, wins the hole for his/her team.

The primary responsibility of the WOLF is to select the teams for that hole.  After the WOLF tees off, he or she may decide to play alone versus the other 3 players – aka: “LONE WOLF”.  If the WOLF wishes not to play alone, then he or she has the option of selecting a partner.  The WOLF may watch the other players tee off but must select his or her partner directly after that potential partners tee shot.  If the WOLF has not selected a partner by time the last player tees off, the last player is automatically on the wolf’s team. Each team will be playing a scramble throughout the hole.  When a partner is selected, the hole is played as a 2-on-2 scramble format.  When a player is “LONE WOLF”, that player will be playing his or her own ball vs. the other 3 players playing a 3-person scramble.

After each hole, the players on the winning team earn 1 point. In the case that a player elected to go Lone Wolf, he or she earns 2 points.  Holes 17 and 18 are worth double points.  The player is last place on hole 16 is the WOLF on hole 17, the player in last place after hole 17 is WOLF on hole 18, and the player with the most points at the end of the match is our winner.

Known by a variety of names such as Money Ball, Lone Ranger, Pink Ball, or Yellow Ball. It is played with teams of four, on each hole one team member is designated to use the ‘Money Ball.’ The money ball position is rotated throughout the round; so player A starts with it at the 1st hole, B on the 2nd, C on the 3rd, D on the 4th, and then back to A on the 5th, etc. Some tournaments may in fact designate a special ball, like a colored ball, as the money ball.

Bingo-Bango-Bongo is a points based tournament format which can be played as a team event or individually. Bingo Bango Bongo offers three opportunities for points on each hole. The first point is awarded for the first player to reach the green, bingo. The second point goes to the player who is closest to the pin once all balls are on the green, bango. The final point is for the person who holes out first, bongo. All shots are taken in order of which player is furthest away from the hole. The player with the most points at the end of the game wins.

Bingo Bango Bongo provides players of all skill levels with chances to earn points each hole. For instance, a player who hits the worst drive would be the first to hit their second shot, giving them the first chance to reach the green and earn the bingo point. For variety you could award a player who wins all three points on a hole with double points.

The Modified Stableford format is a stroke play tournament that can be played as an individual or team event using a points system in which the goal is to gain the highest score.  You may determine your own point breakdown but here is an example: 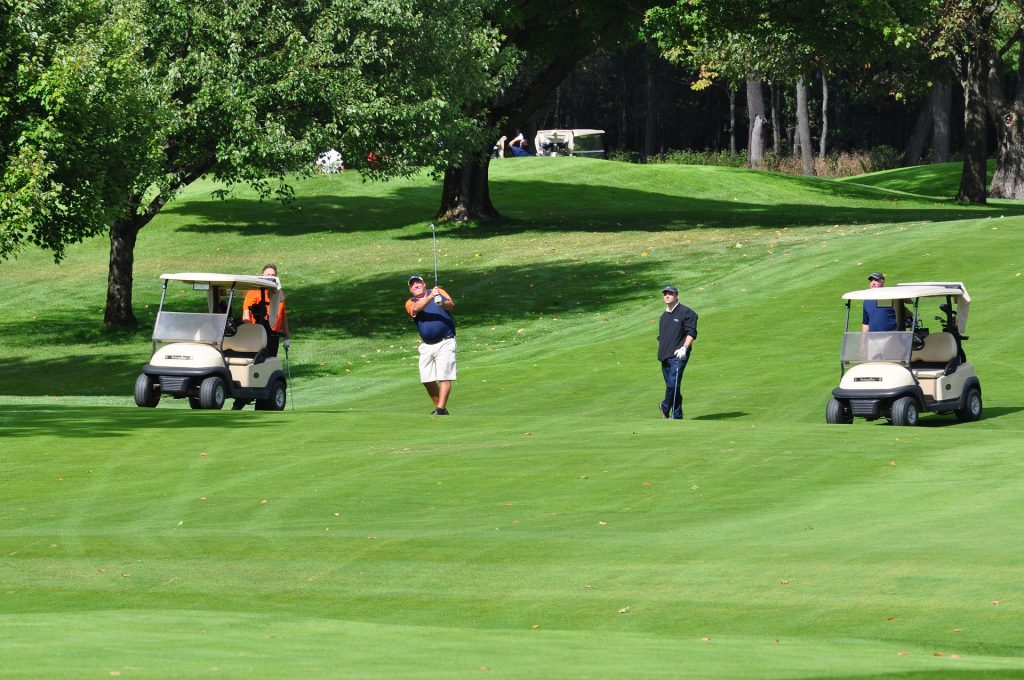 $20 INTRO LESSON FOR ALL NEW STUDENTS 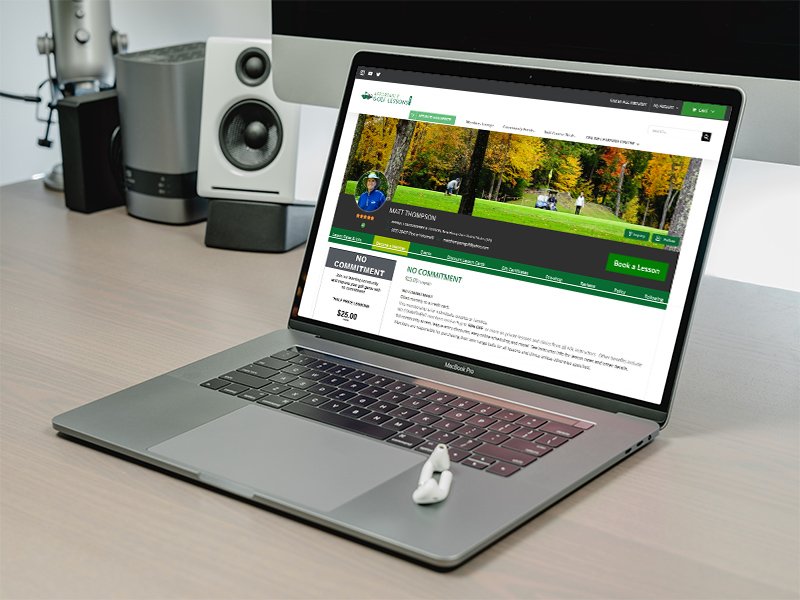 Are you a qualified golf instructor?  Use our golf instructor platform to grow and strengthen your lesson business. Online scheduling, student membership plans, beginner leagues, online learning center and more! Full integration within our websites. This option is only available within the United States.